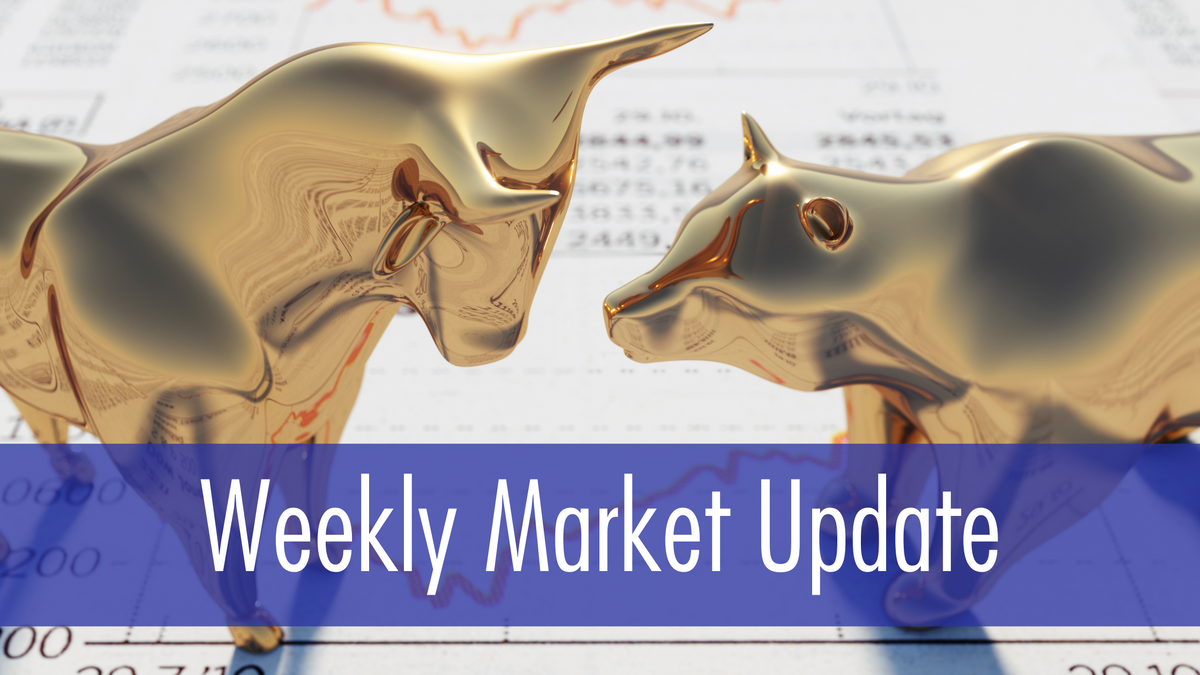 This year has been tough for investors, not just because stocks have fallen but also because bonds have not helped mitigate those losses as they have historically done. Below we discuss the outlook for diversified portfolios of stocks and bonds to make the case that the 60/40 portfolio isn’t dead. It may have been wounded this year, and took another blow on Friday after the hotter-than-expected inflation data, but we believe the losses in stocks and bonds this year increase the chances of positive outcomes going forward. Long-term investors take note.

TOUGH YEAR FOR THE TRADITIONAL 60/40 PORTFOLIO

Bonds have typically seen gains during historical periods of equity volatility, although not always. But low bond yields in 2020 and 2021 and steep bond losses due to rising rates in 2022 have led many to speculate that the 60/40 portfolio is dead. But there’s something of a silver lining in the declines. Recent stock and bond losses have improved valuations for the 60/40 portfolio considerably, based on a combination of the price-to-earnings ratio for the S&P 500 and the yield for the Agg. Valuations aren’t an effective market timing mechanism, but they are an important consideration for longer-term return expectations, and that picture has improved quite a bit.

The time to talk about the death of the 60/40 portfolio was six months to a year ago, and even then it was probably exaggerated. The 60/40 portfolio may not get back to the level of returns we’ve seen over the last several decades, but over the last year the 10-year outlook for the 60/40 has improved by about 2 percentage points annualized in our view, about as big a one[1]year improvement as we’ve seen at any time in the last 20 years, as shown in Figure 1. 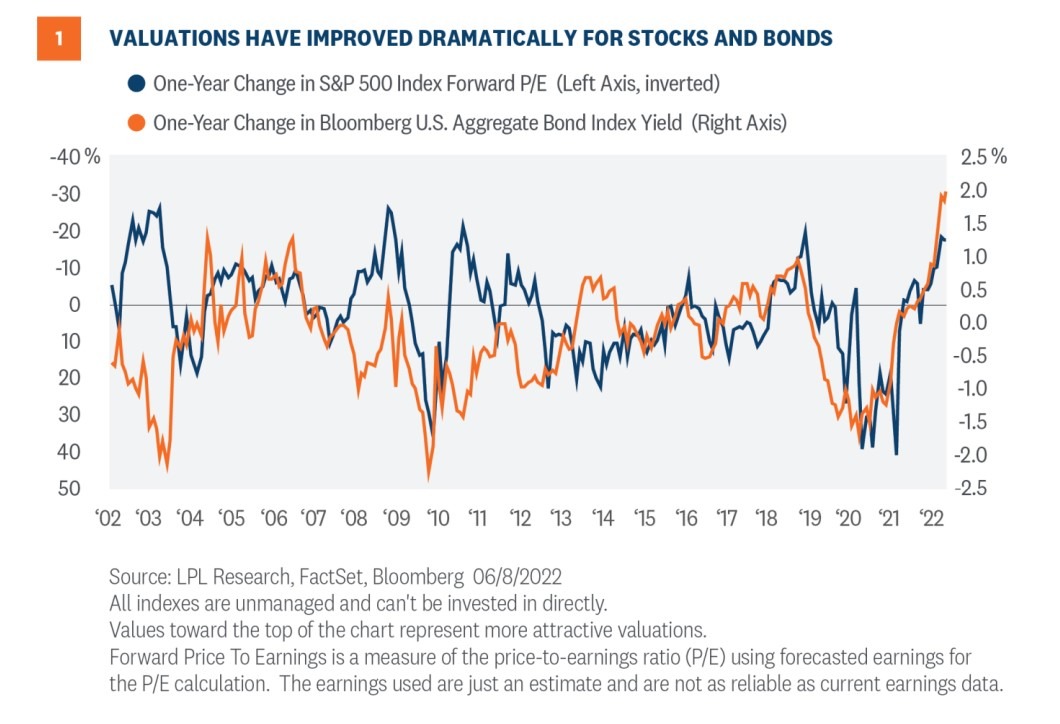 For the many investors whose experience this year has them questioning the value of the traditional 60/40 portfolio, here are five things that provide perspective.

Since the inception of the Agg in 1976, the S&P 500 has been down over a calendar year eight times. The Agg was higher every single time (although only by 0.01% in 2018). Those were also the worst eight years for 60/40 performance. From the bond perspective, the Agg has been negative four times in its history, the worst year being a 2.9% decline in 1994. It’s a small sample, and isn’t holding so far this year, but the S&P 500 was higher every time with an average gain over 20%.

Using quarterly data, the historical correlation between the S&P 500 and the Agg is close to zero. Stocks and bonds tend to each go their own way relative to average performance rather than moving in decidedly opposite directions. It’s also important to remember that bonds, just like stocks, sometimes decline. The S&P 500 has been lower 27% of all quarters over the lifetime of the Agg; By comparison, the Agg has been lower 23% of all quarters, a relatively small difference. When the S&P 500 is down in a quarter, the Agg is down 32% of the time.

The forward price-to-earnings ratio (P/E) for the S&P 500 as of the end of May 2021 was 21.2 according to FactSet data. On June 8, helped by higher earnings and not just lower stock prices, it was down to 17.4. As seen in Figure 1, that’s an improvement of 18%, while Friday’s losses bring that number closer to 20%. (P/Es improve as they fall, since stocks are “cheaper” relative to earnings.) That decline translates into almost a 2 percentage point improvement in the annual return expectation of the S&P 500 over the next 10 years, although many factors can strongly influence the actual outcome. Outside of earlier this year, that’s the fastest one[1]year improvement in the forward P/E since 2009. Even with the dramatic decline in P/E, S&P 500 valuations are still slightly above their historical average, but the improvement is meaningful.

Bond valuations have improved dramatically too. The yield on the Agg as of the end of May 2021 was 1.50%. On June 8 it was 3.53%. This is the fastest one-year improvement in yields since 1995. That likewise represents an improved annual expected return of roughly 2 percentage points over the next 10 years. There are factors that can make the actual outcome differ from the expectation here as well, but the difference is less variable than for stocks simply because you know the price you’ll get for a bond at maturity.

We’ve been focusing here on the S&P 500 Index, perhaps the most well-known and widely used stock index in the world. But it’s not the only area of the market where stock valuations have improved, and some may offer even better value. Despite its improvement, the S&P 500’s P/E is still in the 82nd percentile of all values going back 20 years, according to FactSet data, with higher percentiles representing less attractive valuation. But there are areas of the market that are in the 10th percentile or lower of all values over the same timeframe and sitting near levels only seen during the Great Financial Crisis and in March of 2020. Prospects for long-term returns for small caps have improved, for example, as valuations have dipped well below long-term averages.

Similarly, there are pockets of the bond market seeing unusually high yield levels relative to the past decade. For both stocks and bonds, attractive valuations tend to be accompanied by very challenging economic conditions, but the most opportune moments often are. Where we see the best strategic opportunities is a piece for another day, but pockets of even more attractive, even extreme, valuations do suggest that for long-term investors there may be ways to further diversify a traditional 60/40.

It’s been a tough year for many investors, and we don’t think we’re in a position yet to call a tactical bottom for either stocks or bonds despite last week’s losses. But looking out strategically, based on better valuations and still mostly favorable fundamentals, we think the long-term outlook has brightened quite a bit.